The bloXroute BDN, however, does not wait until the entire block is received before it sends the block to a peer node. Instead, it immediately streams each packet of data as it is received through a well-provisioned dedicated network infrastructure. This technique, known as cut-through routing, allows bloXroute to broadcast data quicker. Only once the blocks and transactions are received by the blockchain node from the Gateway, are they validated. 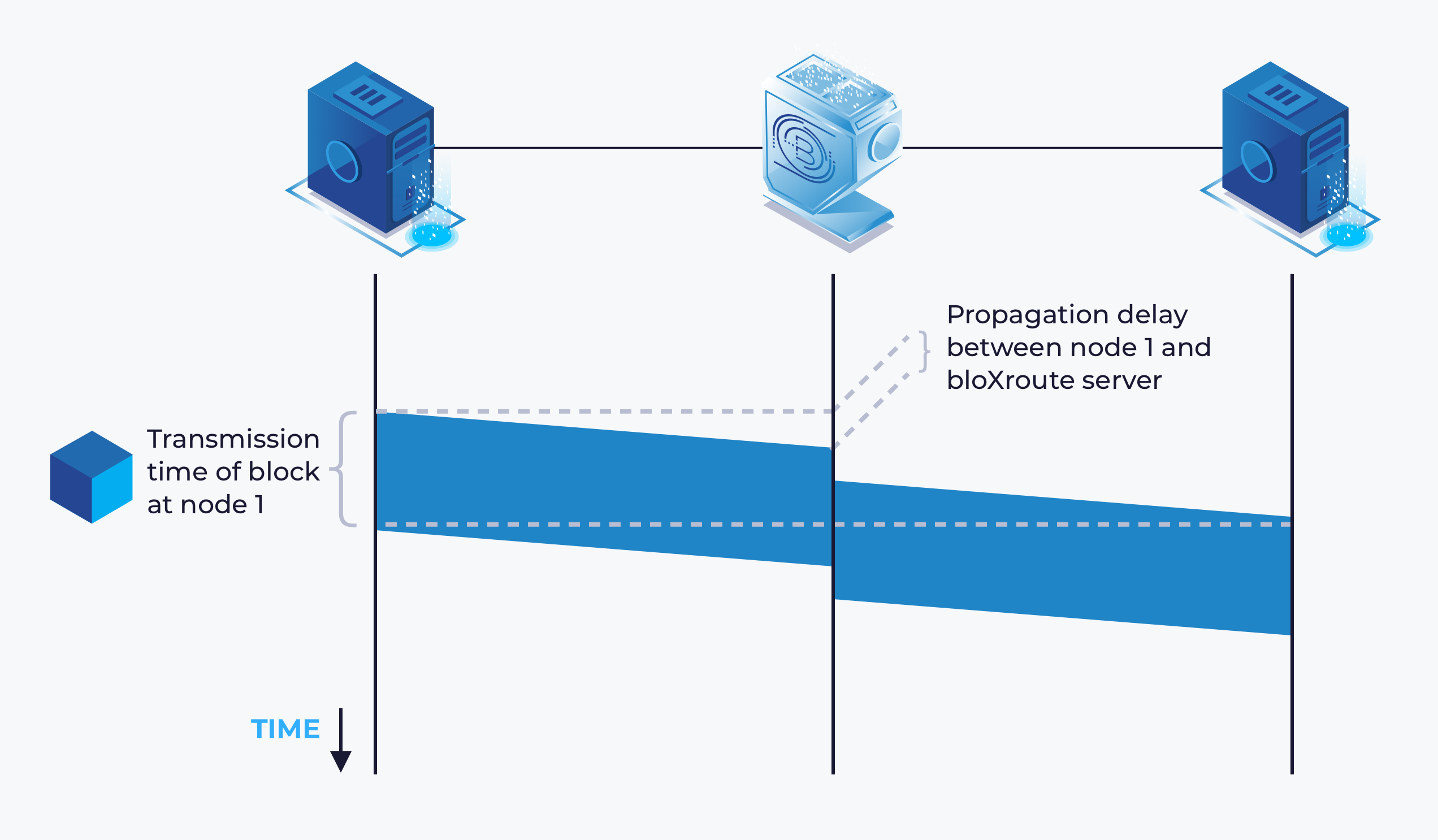 The figure above illustrates cut-through routing. The node on the left is a Gateway, the node in the middle is a bloXroute Block Relay, and the node on the right is a receiving Gateway. The figure shows that the bloXroute Block Relay indeed starts streaming data before the entire block is received. As a result, the receiving Gateway starts receiving first pieces of the block while the sending Gateway is still transmitting the remainder of the block.

How can we help?