bloXroute uses compression to enable faster propagation by reducing the size of blocks. Compression is enabled through the use of transaction caching and indexing. A unique feature of bloXroute’s BDN is that it propagates and indexes transactions in addition to blocks. As a result, transactions are already known when it’s time to send out the block (as an unconfirmed transaction stored in the mempool, rather than send a block with “raw” transactions), the BDN sends just a few bytes representing the transaction. It does this by indexing the transactions, and then utilizing the indexes when transmitting blocks. 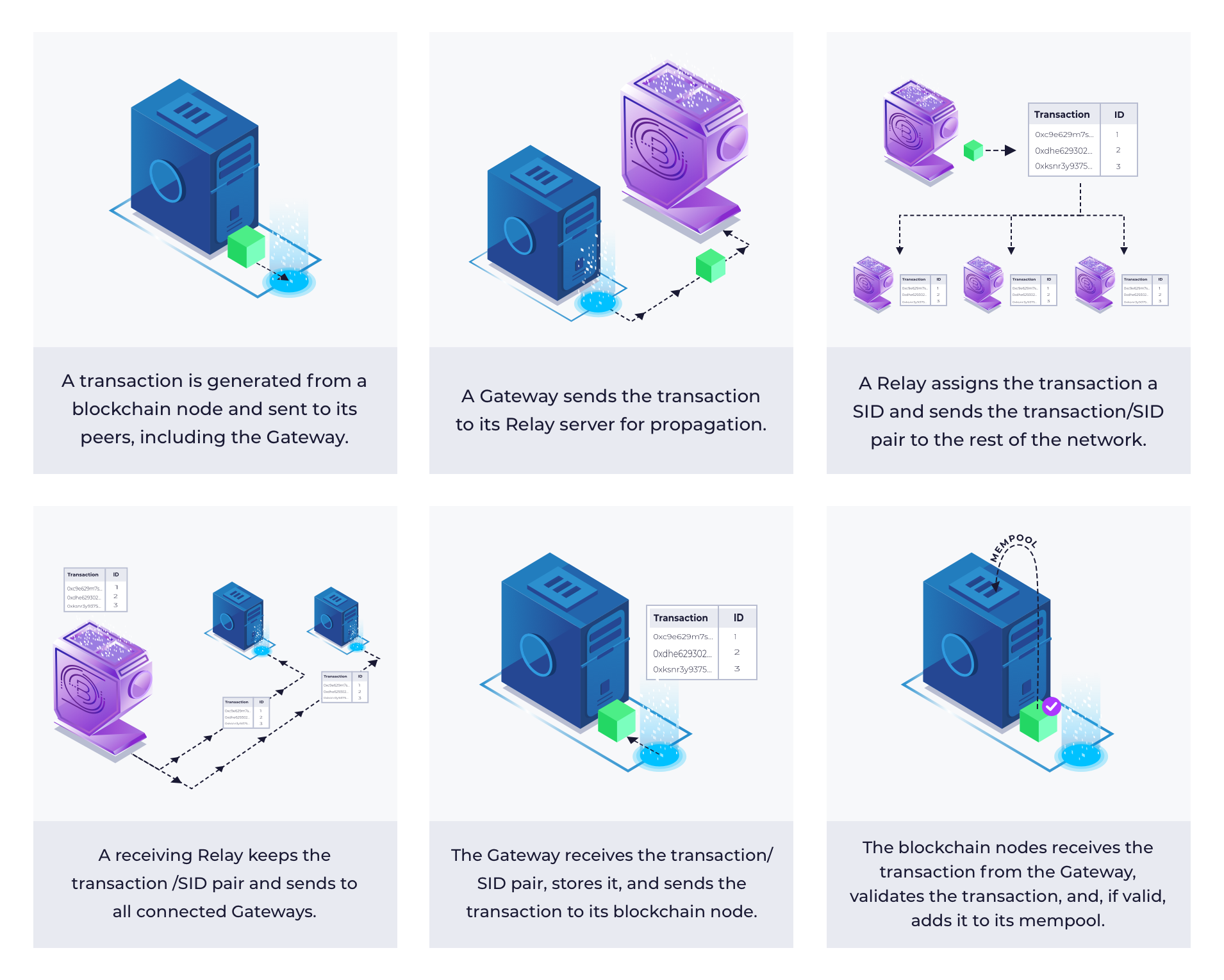 When a miner builds a block, its blockchain node sends the block to its peers including the Gateway. The Gateway replaces each transaction with a 4-byte SID, effectively compressing the block size by more than 100x (given that the average raw transaction is approximately 500 bytes, the index size is 4 bytes and the Gateway has a full mapping of the transactions that exist in the block). If a transaction in a block has no SID, it is not replaced in the block.

After compression, the Gateway sends the compressed block to its Block Relay which propagates the block throughout the BDN using cut-through routing. The block is received by other Gateways, which reconstruct the original block.